In Support of Violence PREVENTION 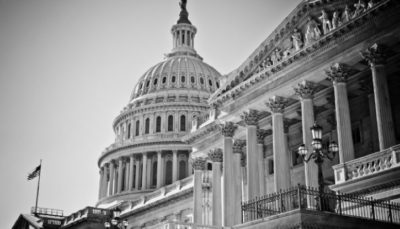 As part of our violence prevention efforts, the Varga Foundation is actively involved in supporting legislation that is designed to reduce, combat, or eliminate violence in our communities.

Currently, we are supporting two measures:

THE FIRST MEASURE was authored by our founder, Michael Varga. The proposed legislation provides more effective tools for law enforcement and regulatory agencies in California to address and combat the proliferation of illegal commercial cannabis activities.

Illegal commercial cannabis operations plague many of our neighborhoods. They cause a number of serious issues. First, the illegal operators are directly and indirectly responsible for much of the violence, crime, and disorder that occurs in and around unlicensed locations. There have been thousands of documented incidents of robberies, assaults, and even homicides at illegal cannabis operations.

Second, these types of establishments endanger consumer health and safety by providing dangerous, untested, unregulated, and counterfeit products for public consumption. There have been many incidents where consumers have become seriously ill after ingesting unregulated products.

Third, the ability of legally licensed commercial cannabis businesses to compete in a fair market environment is severely eroded by the existence of unlicensed commercial cannabis operations. Unlicensed operators have an unfair competitive advantage. They pay no taxes and no regulatory fees and are able to undercut the licensed industry. The licensed, legal industry is being squeezed out by illegal operations.

And fourth, unlicensed commercial cannabis operators thwart the will of the People who voted for a regulated industry and the tax benefits derived from the licensed industry. Unlicensed operators do not contribute to state and local coffers through taxes and fees, as mandated by voters, but instead, further strain already limited budgets and staff.

Click HERE to see a news story about the issue. See BELOW to view the PROPOSED LEGISLATION.

THE SECOND MEASURE is a nationwide effort supported by the Association of Threat Assessment Professionals. The pending legislation is titled, “Threat Assessment, Prevention, and Safety (TAPS) Act.” The goal of the TAPS Act is to develop a national strategy to prevent targeted violence through behavioral threat assessment and management. The bill proposes that the nation not only has the capability and capacity to develop behavior threat assessment guidelines and best practices, but it is also in our citizens best interest to do so. The TAPS Act has bipartisan support. The bill was introduced in the House of Representatives by Congressman Brian Babin (R-TX) and Congresswoman Val Demings (D-FL), bill number H.R. 838. In the Senate, identical language was introduced by Senators Marco Rubio (R-FL), Kyrsten Sinema (D-AZ), and Thom Tillis (R-NC), bill number S. 265.

To achieve this, the TAPS Act calls for a joint behavioral threat assessment task force comprised of subject-matter experts to provide recommendations on creating and implementing a strategy against targeted violence. The Secretary of the Department of Homeland Security would be responsible for implementing this strategy and for providing information and resources to any Federal, State, local, Tribal agency or private entity in the protection and public safety sector. The provision of these resources is made through grants for communities to establish behavioral-based threat assessment units. An important feature notated by the TAPS Act is that the legislation recommends a strategy, it is not establishing a national standard; using the approach is voluntary.

The Varga Foundation is encouraging everyone to reach out to their Senators and members in the House of Representatives asking for their support of S. 265 or H.R. 838. The TAPS Action Center hosts all of the information that is needed to support efforts to identify a national collective strategy to address targeted violence at a time of increased attacked in schools, workplaces, entertainment venues and places of worship. Now is the time to act. Please join the Varga Founding in supporting the passage of the TAPS Act. For details on how to get involved and contact your Members of Congress, click on TAPS Legislative Action Guide.