The true measure of society can be be found in how it treats its MOST VULNERABLE MEMBERS. 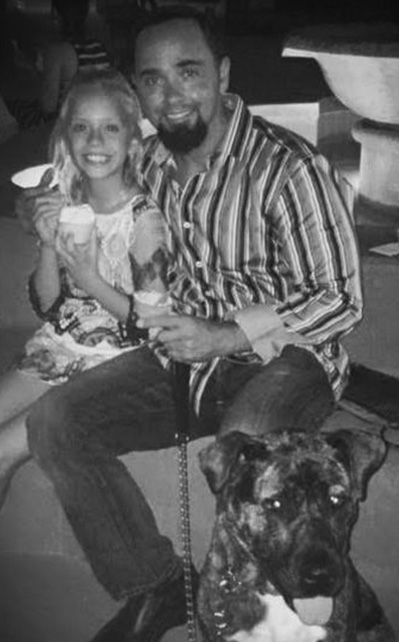 Michael immigrated to the United States as a child from Eastern Europe. He grew up in Los Angeles and studied at the University of Southern California, graduating with a degree in International Relations. Michael conducted graduate study in the field of National Security Studies at California State University – San Bernardino.

Michael served in the United States Army as an Airborne Infantry Specialist and later as a Special Agent in Counterintelligence. Following 9-11 he was deployed to the Balkan theater as part of an international task force focused on the capture of war crimes fugitives and the provision of force protection to regional military forces. While deployed overseas, Michael managed undercover intelligence gathering operations and sensitive counter-intelligence and transnational terrorism investigations.

When not working in law enforcement or engaged in work on behalf of the foundation, Michael enjoys time with friends and family (pictured above with his daughter, Chloe), and practicing the crafts of oenology and viticulture on his vineyard in Oregon.

Q & A with Michael Varga

Q:  Of all the charitable causes to champion, why work with violence?

Q:  Out of every dollar generated by the Foundation, how much actually gets distributed to violence prevention programs, first responder and military support, training, and victim’s services?

A:  100%.  All of the proceeds generated by the Foundation are allocated to violence prevention funding, training, education, victim services, and first responder & military support.  We never solicit for donations.  All of our revenue is self generated through our services.

Q:  Is the Varga Foundation a traditional charity (501c)?

A:  No.  We are structured as a Social Enterprise, similar to a California Benefits Corporation or otherwise known as a Social Purpose Corporation.  We function as a for-profit entity. This structure allows me to have more control over the direction of the Foundation and allows us to open a wider variety of revenue streams. Learn More »